Technology makes things easy and affordable, but it’s all a big confusing pot! In the old days you knew only a few options: shoot on 35mm or shoot on 16mm if your budget is small. Until a few years ago you could spend a little more to make a 35mm short or a little less to make a 16mm. Of course there was the DV option, but it was never really “making movies”. It was certainly affordable, but the texture and the look was miles away from the film look. And most of all, it was a big mess if you wanted to project it on a big screen.

Now you have many choices: Canon HDSLR, Nikon, Sony HD cameras, RED, ALEXA and more. And they keep on coming: HD, 2k, 4k, 3.5k, 5k and even 8k format. The bigger, the better. And if you want to follow the herd, you can’t keep on spending money on the next camera, every 6 months shelling out cheques or breaking credit cards to get the latest toy.

What is really important: The format or the story?

It always comes down to that, the story. How’s your movie going to look on an IMAX screen if it’s not 4k at least? Well, will my movie ever get to an IMAX screen? Let’s face it,  most of the indie filmmakers (I refer to all those who make micro or no-budget movies, mostly self or crowd-funded) will be fortunate enough to have their movies screened on a film festival, that’s the biggest screen they’ll ever see their movie on. And you know what? Most of the Film Festivals project from DVD. So what about your 4k movie that looked so great on your 720 laptop monitor?

The majority of indie films will go down the DVD or Video On Demand route, so the beautiful 8K resolution will be reduced to a PAL or NTSC size (or HD 1080, but still over compressed, so…). Yes you could argue that if the source is fantastic, the final output on DVD will be better. But is it worth it? Shall we all buy 8k resolution cameras and super powerful computers to render the 8k footage and then?

Technology is cheaper and makes filmmaking more accessible and… more possible. But let’s not lose the plot… literally let’s not lose the story. All those fantastic images, all those amazing whites that don’t get “overexposed” or washed out, don’t mean anything if your film has not a great story. Yes, your DP will be prouder of his work (and a happy DP is always a good thing to have), but let’s keep it real, we are not all Peter Jackson 🙂 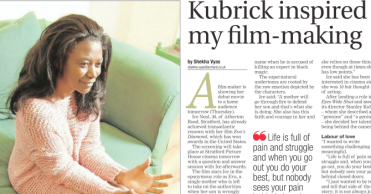 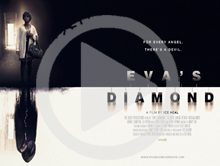